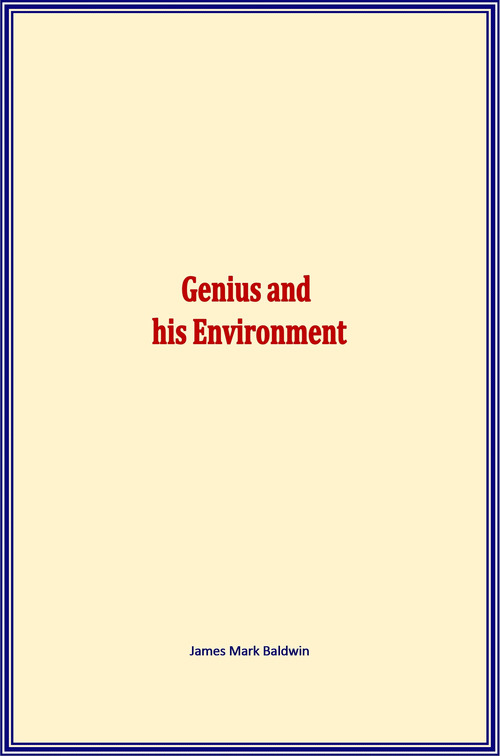 Genius and his Environment

"Psychological science has reached a sort of understanding in these recent years of the individual and of the social setting in which he customarily disports himself; and the duty now devolves upon it of dealing with the exceptions to the rule. No one will be disposed to deny certainly that the genius is in some way exceptional; and if any instance can, by showing what society is not, cast light on what it is, the genius is the man to question. So it is my purpose in this paper to endeavor to understand him, as far as may be, without putting ourselves in his shoes; for apart from the inherent difficulty of assuming his exceptional role, it may for another reason be more comfortable not to do so, for under the exceptions to our social rule we are forced to include also these other extremes found in the weak-minded and the insane..."